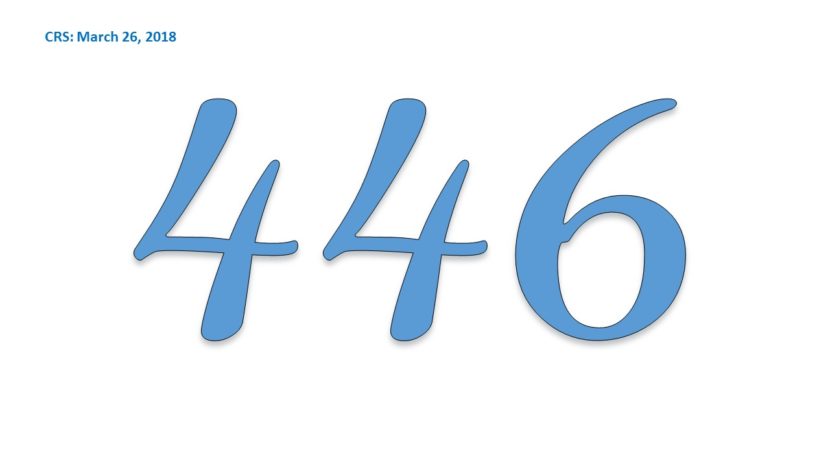 The Government of Canada has invited 3,000 Express Entry candidates to apply for Canadian permanent residence in a draw that took place Monday, March 26. The cut-off Comprehensive Ranking System score was 446.

Today’s score is 10 points lower than the previous draw, which took place on March 14. This is first time in 2018 that back-to-back draws have taken place in less than two weeks, and is also a rare Monday morning draw. Recently, Express Entry draws have for the most part taken place on Wednesdays.

The size of this invitation round, 3,000, continues the trend seen through the last three draws, all of which also issued Invitations to Apply, or ITAs, to 3,000 Express Entry candidates.

Immigration, Refugees and Citizenship Canada (IRCC) once again employed its tie-break rule in this latest draw. In this case, the time and date of the tie-break was February 23, 2018 at 08:06:19 UTC. This means that all candidates with a CRS score above 446, as well as those candidates with scores of 446 who entered their profile in the Express Entry pool before this time, received an ITA.

This latest draw was the sixth of 2018, which is the first year of the Canadian government’s new multi-year immigration levels plan. For 2018, Canada has increased its target to 74,900 admissions through the three economic immigration classes administered through the Express Entry system — the Federal Skilled Worker Class, the Federal Skilled Trades Class and the Canadian Experience Class.

It remains to be seen if this rare Monday morning draw less than two weeks after the previous Express Entry draw is an indication of how IRCC will conduct future draws. Last year, April proved to be one of the Express Entry system’s busiest months with three draws and a total of 11,341 ITAs issued. Last April also saw the CRS minimum cut-off score drop to 415.

In order to illustrate the type of Express Entry candidates who would have received an ITA in today’s draw, here are two fictional examples:

Sarah and Al are married, and each hold bachelor’s degrees and have advanced English language proficiencies. They also have each been working in technical sales for three years. Sarah is 31 years old and while she has never worked or studied in Canada, she has a sister who is a Canadian permanent resident living in Toronto. They entered the pool with Sarah as the principal applicant, and her score of 448 would have been high enough to obtain an ITA during the March 26 draw.

Chetan is 34 years old, has an advanced English language proficiency and has been working as an accountant for five years. He holds two bachelor’s degrees. While Chetan has never worked or studied in Canada, his CRS or 447 would have been high enough to obtain an ITA in this most recent draw from the Express Entry pool.

“A draw less than two weeks after the last one, and a drop of 10 points in the CRS cut-off score is a great way to finish March,” said Attorney David Cohen, senior partner with the Campbell, Cohen immigration law firm in Montreal. “Last April and May were exciting months for the Express Entry system, with multiple draws that ultimately brought the CRS cut-off to its all-time low of 413. We’re looking forward to see what’s in store for Express Entry this spring.”

Correction: An earlier version of the graph in this story comparing total Invitations to Apply issued by the 6th Express Entry draws of 2016, 2017 and 2018 has now been updated to reflect the correct numbers for 2016 and 2017.