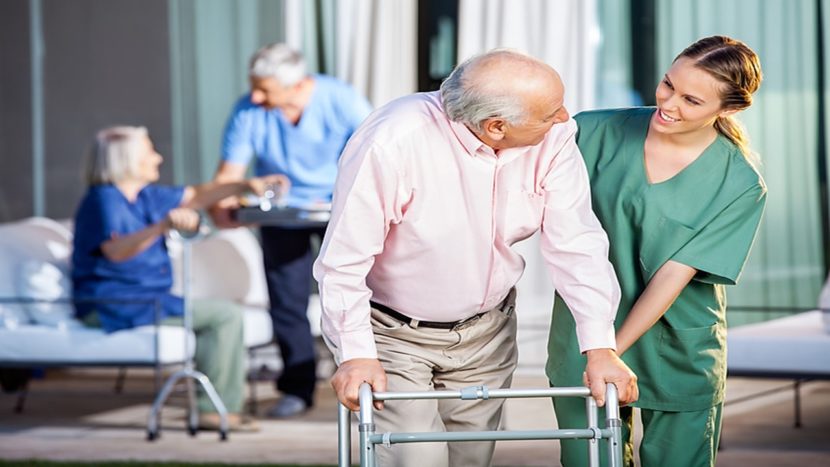 Interim pathway for caregivers who came to Canada after November 30, 2014, opens March 4 for three months

Foreign caregivers who came to Canada after November 30, 2014, and did not qualify for Canadian permanent residence may now have another opportunity to do so through a new interim pathway that comes into effect March 4, 2019, and will remain open until June 4, 2019.

Immigration, Refugees and Citizenship Canada (IRCC) announced the temporary pathway February 23 along with the upcoming launch of two improved five-year pilot programs that will allow spouses and dependent children to join caregivers living and working in Canada and give them “a direct pathway” to permanent residence after two years.

The three-month Interim Pathway for Caregivers is for individuals who have acquired work experience in Canada since November 30, 2014, as a home childcare provider, home support worker or a combination of both through Canada’s Temporary Foreign Worker Program.

Work experience must match the initial description and list of main duties for Canada’s National Occupational Classification (NOC) Group 4411 or 4412.

The Interim Pathway for Caregivers will be open to those who intend to reside outside of Quebec and who have:

Note that candidates whose educational credential was obtained outside Canada and who cannot obtain an ECA before the Interim Pathway for Caregivers closes on June 4, 2019, are still eligible if they provide proof that they have applied to get an ECA. Proof includes written confirmation from agency that they have submitted a request for an ECA and/or receipt of payment.

There is no limit on the number of applications that IRCC will accept through the Interim Pathway for Caregivers.

Caregivers whose current or most recent work permit is through the Live-in Caregiver Program will not be eligible for consideration through the interim pathway.

IRCC said the interim measure responds to concerns raised by some caregivers who came to Canada as in-home temporary foreign worker caregivers under the Caring for Children or Caring for People with High Medical Needs pilot programs, which replaced Canada’s Live-in Caregiver Program in November 2014.

Unlike the Live-in Caregiver Program, participants in the new pilots were no longer assessed for their ability to meet permanent residence requirements for education and proficiency in English or French when applying for a work permit.

IRCC said the changes were not “well understood” and resulted in foreign caregivers arriving in Canada believing that they would be eligible for permanent residence after obtaining a temporary work permit and acquiring two years of Canadian work experience.

“This one-time, short-term pathway will help mitigate the unique vulnerabilities that in-Canada temporary foreign worker caregivers face because they are not eligible under a current pathway to permanent residence.”

The Government of Canada also announced that it will be replacing the Caring for Children or Caring for People with High Medical Needs pilot programs with two new five-year immigration pilots that will provide caregivers and their family members with a new pathway to Canadian permanent residence.

The new pilots respond to key concerns raised in a report issued by a national coalition of caregivers advocacy groups late last year that condemned the 2014 pilots as “fundamentally flawed” and accused them of extending “the legal basis for exploiting care workers.”

To avoid the confusion that the Interim Pathway for Caregivers addresses, applicants to the new pilots will be assessed against the criteria for Canadian permanent residence before they begin working in Canada.

Caregivers approved through the pilots would then have to gain two years of work experience in Canada before accessing what IRCC is calling a “direct pathway” to permanent residence.

The new pilots will also allow family members to accompany caregivers to Canada. A caregiver’s spouse or common-law partner would be entitled to an open work permit and dependent children would be granted a study permit in Canada.

“Caregivers provide care for families in Canada that need it and it’s time for Canada to care for them in return,” Canada’s Minister of Immigration, Refugees and Citizenship, Ahmed Hussen, said in a news release. “We are providing them with both the opportunity to bring their family members here and access permanent residency to demonstrate our commitment.”

IRCC will accept a maximum of 2,750 principal applicants each year under the Home Child Care Provider and Home Support Worker pilots.

Spouses and dependent children will not count against the 2,750 principal applicant limit for each pilot.

The eligibility criteria and application process for the new pilots will be announced “well before” the expiration of the two current caregiver pilots on November 29, 2019, IRCC says.

The new pilots follow a commitment by IRCC in 2017 to eliminate 80 per cent of the backlog of permanent residence applications submitted under the 2014 pilots and the now-defunct Live-in Caregiver Program and reduce the processing time from its peak of more than 60 months.

IRCC said it has now eliminated 94 per cent of the backlog and reduced the processing time to 12 months.

“As Canada’s population ages, foreign caregivers are becoming more and more essential in this country and it’s great to see IRCC acknowledging the fact Canada also has to take care of them and facilitating family reunification.”