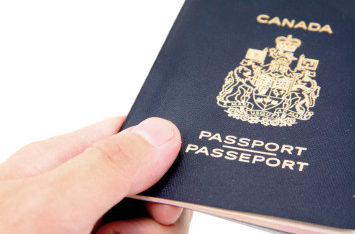 A bill to change Canada’s Citizenship Act has finally been passed by the Senate with amendments, bringing the legislation closer than ever to becoming law. As a result of this bill, immigrants to Canada would be able to apply for Canadian citizenship earlier and more easily than before.

In a vote of 45 for, 29 against, and zero abstentions, Bill C-6 passed the Senate at around 4 p.m. on May 3, 2017. Senators in Ottawa have asked their colleagues in the House of Commons to review the bill, including amendments added by the Senate after the draft bill was previously passed by the House of Commons in June of last year. The bill must receive royal assent before becoming law.

C-6 reduces the amount of time permanent residents have to live in Canada in order to become eligible to apply for citizenship, from four out of six years to three out five years. In addition, applicants who spent time in Canada on temporary status — such as on a work or study permit — would be able to count a portion of this time towards the three-year requirement.

The wide-ranging bill would repeal many parts of the former Conservative government’s citizenship legislation, including a provision that revoked citizenship from dual Canadian citizens convicted of terrorism, treason or espionage.

C-6 would also repeal the government’s authority — introduced by the previous Conservative government — to revoke citizenship for certain acts against the national interest of Canada. These grounds include convictions of terrorism, high treason, treason or spying offences, depending on the sentence received, or for membership in an armed force or organized armed group engaged in armed conflict with Canada.

The bill also removes the intent to provide provision, and an increased number of applicants would be exempt from language proficiency requirements. The bill passed by the House of Commons last year placed an age range of 18 to 54 for language testing, but this was amended to 18 to 60 in the Senate following an amendment tabled by Independent Senator Diane Griffin.

While being read in the Senate, Senators passed a number of other amendments to the bill. Among these were a provision requiring the Immigration Minister to inform individuals who have their citizenship revoked due to fraud or misrepresentation that they have the right to appeal the decision in Federal Court. Bill C-24, the Strengthening Canadian Citizenship Act introduced by the previous Conservative government, removed the right to a Federal Court hearing for individuals subject to revocation of citizenship in cases where it was found that citizenship was obtained by fraud. Since C-24 came into effect, affected individuals have 60 days to respond in writing after being informed that their citizenship will be revoked.

Another amendment, tabled by Conservative Senator Victor Oh, would allow minors to apply for citizenship without assistance from their parents. Under existing laws, parents and children are treated as one unit when applying. If the parent’s citizenship application is rejected, the children or child included on the file can’t get citizenship either. In such a case, the child has to wait until the age of 18 to make another application.

The spirit of the bill remains intact, however, and, if and when it becomes law, immigrants to Canada will have a quicker and smoother pathway to Canadian citizenship.

To find out more about applying for Canadian citizenship in light of the proposed changes to the Citizenship Act, please send an email to immigration@alphaconsultants.ca. Please include information about your time as a Canadian permanent resident, as well as any information about previous time spend in Canada with temporary status.

To find out if you are eligible to immigrate to Canada through one of the currently available programs, please fill out a free online assessment today.