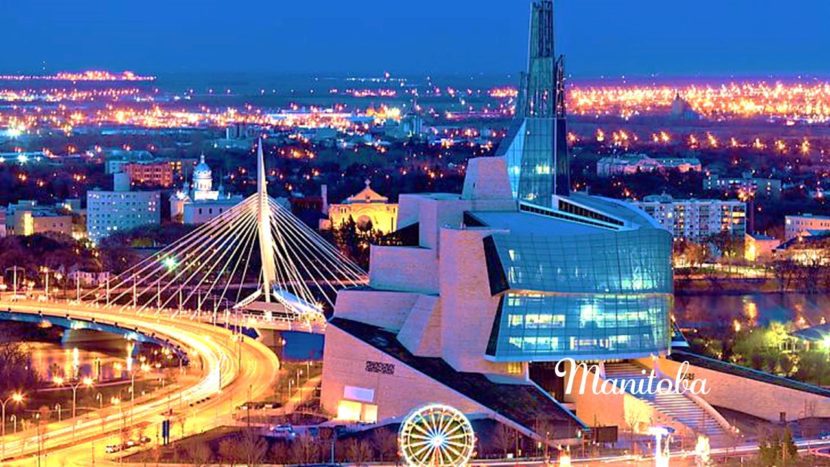 When the NHL team left in 1996, business leaders spearheaded a move to grow Manitoba's population and economy

In 1996, the Winnipeg Jets were forced to relocate to Phoenix, Arizona, due to financial challenges which broke the hearts of hockey fans across Manitoba. Fortunately, the Jets have since returned and now have one of the strongest teams in the NHL.

At our recent National Immigration Centre meeting in Winnipeg, we learned from local businessman, Art DeFehr of Palliser Furniture, that the downfall of the Jets was a catalyst behind ten members of the local business community forming what is now known as the Business Council of Manitoba. The business leaders recognized that with more people, the province would have a better chance of growing its economy, retaining youth who often left Manitoba in pursuit of jobs, and might have been able to keep the Jets.

In partnership with the Manitoba government, the Business Council—led by the honourable Jim Carr, Canada’s current Minister of International Trade Diversification—helped spearhead a remarkable turnaround through the launch of the Provincial Nominee Program (PNP). In the mid-1990s, Manitoba could only attract around 3,700 immigrants per year. After it became the first jurisdiction to implement the PNP in 1999, Manitoba immediately began to see its newcomer intake rise and today it welcomes some 15,000 immigrants annually. Over this period, Manitoba has seen its national share of newcomers rise from less than two per cent to five per cent today—in other words, Manitoba—which comprises four per cent of Canada’s population—is now receiving more than its “fair share” of immigrants. So, what can we learn from Manitoba’s immigration success?

First, you need to start somewhere. The conventional wisdom is that jurisdictions with established immigrant communities such as Ontario, Quebec, and British Columbia have an advantage in attracting newcomers over other provinces. This is true, however, through the efforts of various stakeholders across Manitoba, including the provincial government and municipalities, the Business Council and employers, immigrant-serving organizations, and community actors such as ethnic groups, the province was quickly able to build its immigration capacity. While it may seem daunting at first for smaller communities to identify how to develop a critical mass of immigrants, Manitoba shows that the crucial first step is creating a broad consensus in support of higher immigration and coordinating efforts among key stakeholders.

Second, these key stakeholders need to identify their community’s main pull and retention factors. In other words, why should a newcomer choose your community over another one? Manitoba was astute in leveraging its established ethnic groups to draw more immigrants to the province. For example, Mennonites in Steinbach and Winkler were instrumental in attracting Mennonites from Europe and Latin America to their communities. The province also got employers to play a formative role in the immigration process.

Third, do not be afraid to innovate. Manitoba has been one of Canada’s most progressive jurisdictions on immigration matters. The PNP has proven to be a resounding success but it was initially viewed with skepticism—some provinces did not see its value or viewed it as too politically sensitive. Manitoba was not only bold in launching the PNP but has pursued other innovative measures such as being one of only three provinces to manage federal settlement funding, implementing legislation to improve the recognition of foreign credentials and protect temporary foreign workers from unscrupulous actors, and introducing Canada’s first expression of interest application management system in 2013—two years before the federal government rolled out Express Entry.

Fourth, smaller provinces need dedicated selection tools to attract immigrants. Without the PNP, the likes of Manitoba, Saskatchewan, and the Atlantic provinces would have difficulties welcoming newcomers as was the case prior to 1998. Over 90 per cent of economic class immigrants now arrive to Manitoba under the PNP, which is designed to meet the specific needs of the province’s employers. Fifth, public and political support are essential to ensure your immigration efforts are successful. Manitoba was able to build public support by getting various actors including the business community and ethnic groups to play a hands-on role in immigrant selection and settlement. As Manitoba’s immigration minister, the honourable Kelvin Goertzen, explained at our National Immigration Centre meeting, Manitobans support immigration because they see the everyday benefits of its contributions to the province’s economy and cultural vibrancy.

The Jets were no longer financially viable in 1996 but have been back since 2011 because, among other reasons, immigration supported Manitoba’s population and economic growth during the intervening years. Not every story has a happy ending, but thankfully in this case Manitoba was able to turn a tragic event into triumph.