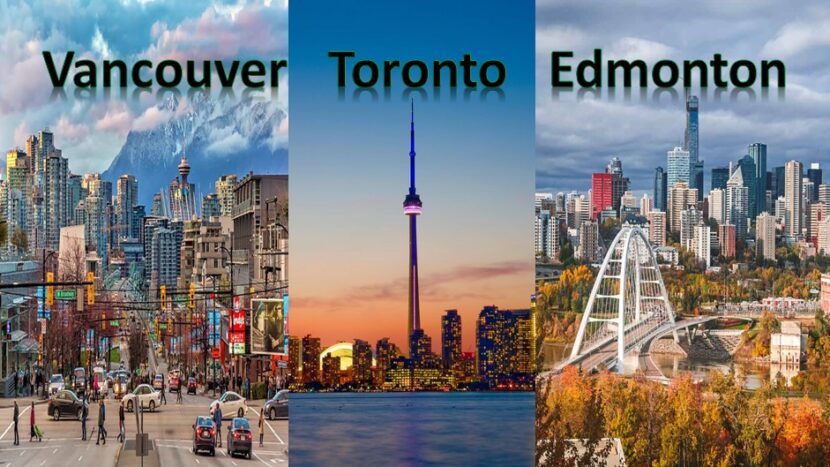 Canadian immigrants most likely to stay in Vancouver, Toronto and Edmonton

Statistics Canada's study on immigrant mobility names Vancouver, Toronto and Edmonton as the cities with the best immigrant retention.

Studying where immigrants prefer to stay is important in developing policies that attract newcomers to a particular area.

Through mobility data, we learn what sorts of places immigrants find attractive, and what factors play into their decision of whether to stay or leave.

Statistics Canada recently came out with a study on which cities and provinces immigrants have stayed in the longest. Researchers used tax file data from the 2020 Longitudinal Immigration Database, which is often used to track the economic outcomes of Canadian immigrants. They mainly examined immigrants who came to Canada in 2014 for this study.

Toronto had the second highest retention rate for these 2014 newcomers at about 86% staying in the city five years later. Edmonton came in third place at nearly 85%.

Immigrants often stay in the province where they worked before PR

Having work or study experience in Canada plays a role in immigrants’ decisions to move between regions.

Employment appears to be a key factor for retention. Among the immigrants who became permanent residents in 2014, those with work experience more often stayed in the province or territory where they were admitted.

Newcomers with work and study experience had a retention rate of about 81%. Immigrants who had only study permits before getting permanent residence had the lowest retention rates at about 79%. Students might move more often to seek employment, but this study did not focus on specific reasons behind why immigrants decided to relocate.

Overall, most immigrants stay in province or territory of admission

Five years after admission, nearly 86% of immigrants in the study had stayed in their original province or territory of admission. Ontario had the highest retention rate overall at almost 94%, followed by British Columbia at nearly 90%, and Alberta at 89%.

Also, the study found that immigrants were more likely to move in the early years following their admission. The retention rates for immigrants who had been in Canada for 10 years was nearly 86%, compared to the five-year retention rate of about 88%. The difference of only 2% between the two timeframes suggests that the first five years are more volatile.

Retention rates by province and immigration class at the 10-year mark were similar to those observed at five years. The provinces with the highest 10-year retention rates were once gain Ontario (91.5%), British Columbia (87.3%), and Alberta (86.1%). Among the Atlantic provinces, Nova Scotia had the highest 10-year retention rate at 58.0%. Refugees (92%) and those who only had work permits prior to immigration (88.3%) most often stayed in their province or territory of admission.