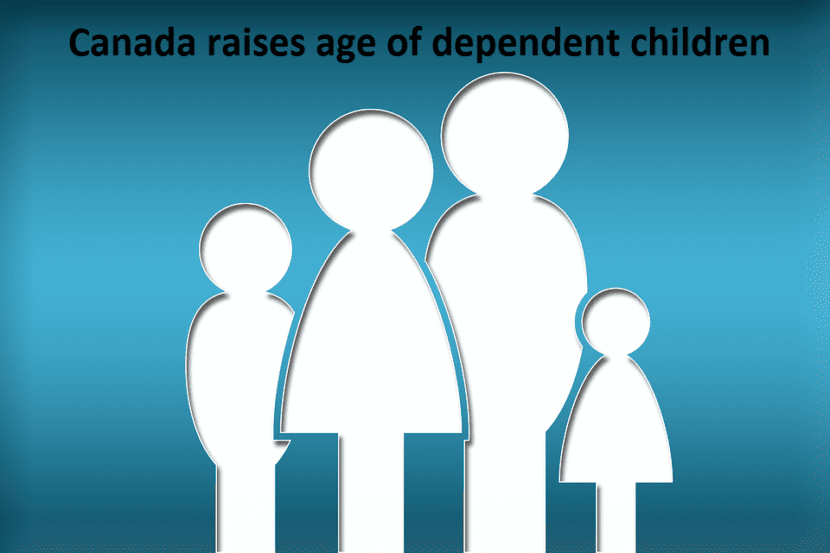 Immigration, Refugees and Citizenship Canada (IRCC) has confirmed it will raise the maximum age of a dependent child who may be included on an application to immigrate to Canada. As of October 24, 2017, principal applicants may include their children aged 21 and under, who are not married or in a common-law relationship, on their immigration application.

Currently, children under 19 years old may be included on an application to immigrate to Canada. This has been the case since August 1, 2014 — prior to that date, the maximum age was under 22. Consequently, this recent regulation change represents a return to the previous definition of a dependent child. The new definition of dependent child applies to children included on applications for permanent residence through economic, family, and refugee/humanitarian programs. The change will take effect for applications submitted on or after October 24.

Children aged 22 and older who have depended substantially on the financial support of their parent(s) since before the age of 22 years, and who are unable to be financially self-supporting due to a physical or mental condition, may also be considered dependent.

IRCC has confirmed that the age limit change will not be applied retroactively to applications submitted on or after August 1, 2014, and before October 24, 2017. It explained its decision, stating that ‘applying the change to in-process applications would require a pause in finalizing many permanent residence applications and would impact processing times in many programs.’

The raising of the maximum age of dependent children has been a main goal of IRCC since the Liberal government came to power in November, 2015. The government places an emphasis on family reunification as a priority within the immigration system — across economic, family, and refugee/humanitarian programs — as integration and economic success of newcomers to Canada are improved when families can remain together. The return of the maximum age of dependent children to its previous definition is seen as a key part of upholding family reunification.

A primary objective of this regulatory amendment is to enhance family unity and reunification by enabling Canadians and permanent residents to bring their young adult children between 19 and 21 years of age to Canada. This is consistent with two of the main stated objectives of the Immigration and Refugee Protection Act: with respect to immigration, “to see that families are reunited in Canada,” and with respect to refugees, “to support the self-sufficiency and the social and economic well-being of refugees by facilitating reunification with their family members in Canada.” — IRCC

The 2011 Canadian census found that among 20 to 24-year-olds, 63.3 percent of men and 55.2 percent of women lived with their parents. Moreover, the median age at which post-secondary students complete their degree is 24.8 years — consequently, the regulation change will enable many students to be considered dependent children, for the purposes of Canadian immigration, throughout much of their post-secondary studies. IRCC acknowledges that ‘These young adults would be unlikely to be eligible for permanent resident status as principal applicants under an economic immigration program, until they have completed post-secondary education and gained significant work experience.’ Therefore, family reunification principles are upheld in enabling these young people — who are gaining valuable education experience in preparation for entering the labour market as skilled workers — to come with their parents to Canada.

On October 29, 2016, IRCC pre-published its proposed change in the government’s official Gazette, and opened a 30-day comment period. During that time, feedback was received from various stakeholder groups, and was overwhelmingly supportive of the initiative.

It is laudable that the ministry is changing its regulations positively to reflect the lived realities of families around the world who are looking to come to Canada.

“Dependent children aged 19 and over represent a minority percentage of applications approved, yet the impact on families is immense. This upcoming change will significantly improve the immigration and settlement process for many newcomers to Canada.”