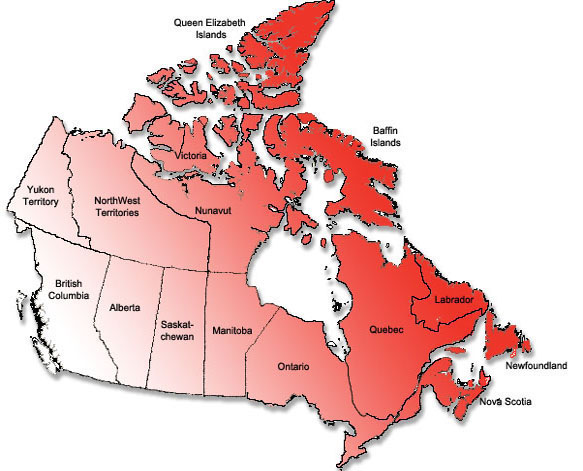 Some of Canada’s most desired destination provinces have been active with respect to their Express Entry-aligned Provincial Nominee Program (PNP) streams this Spring, giving candidates in the Express Entry pool a range of opportunities to obtain a provincial nomination certificate. With such a nomination, a candidate obtains 600 additional Comprehensive Ranking System (CRS) points and an Invitation to Apply (ITA) for permanent residence at a subsequent draw from the pool.

A recent report issued by Immigration, Refugees and Citizenship Canada (IRCC) revealed the importance of PNPs for candidates who want to take a decisive step towards achieving their Canadian immigration goals. Last year, more than one-in-four invited candidates had a provincial nomination, up from around one-in-eight the previous year. Moreover, so far this year provinces have appeared keen to welcome even more new applications from candidates in the pool.

Over recent weeks, the provinces of Ontario, Saskatchewan, Nova Scotia, and British Columbia (BC) have each taken significant steps to bringing in more immigrants and their families through Express Entry.

Earlier this month, the government of Ontario announced that it would issue Notifications of Interest (NOIs, effectively the same as an invitation to apply) to candidates in the Express Entry pool on a weekly basis. These NOIs are issued for the Human Capital Priorities stream of the Ontario Immigrant Nominee Program (OINP) — a highly popular, yet unique, stream within the Canadian immigration landscape.

Previously, NOIs for this stream had been issued intermittently, but with no indication of regular issuance periods from the province. Indeed, no NOIs were issued between February, 2016 and February, 2017. Based on Ontario’s recent announcement, all of that is set to change.

The Human Capital Priorities stream operates on a passive model; it is neither first-come, first-served, nor Expression of Interest-based. Instead, the OINP searches the pool for eligible candidates who may settle in the province successfully based on set criteria, and issues them a NOI. Among the criteria is a requirement for the candidate to have at least 400 CRS points.

Ontario also has an Express Entry-aligned French-Speaking Skilled Worker stream, which, at the time of writing, remains open consistently. That is to say, it is not passive like the Human Capital Priorities stream.

On May 16, the popular International Skilled Worker – Express Entry sub-category of the Saskatchewan Immigrant Nominee Program (SINP) reopened for 600 new applications. This was the third such reopening this year, and the application intake typically fills within days, benefiting candidates who have prepared thoroughly in advance. Historically, intake periods do not come with prior notice.

At the time of writing, the sub-category remains open. If the intake is reached and the program subsequently closes for a period, it may reopen again later in 2017.

Among the eligibility criteria is a requirement to have work experience in an in-demand occupation. No job offer is required, and this work experience may be from outside Canada. For the most recent intake period, the province provided an updated occupations list, which may be reviewed below.

There was a flurry of activity in the Nova Scotia Nominee Program (NSNP) in early May, with the highly popular Nova Scotia Demand: Express Entry stream welcoming applications for the first time since 2015.

This stream contains two categories, one of which does not require a candidate to have a job offer. For this category (Category B), candidates must have at least one year of full-time (or equivalent part-time) skilled work experience in the last six years in one of the 16 ‘opportunity’ occupations considered by Nova Scotia.

Soon after opening, intake under Category B of the stream was paused. A staff member at the Nova Scotia Office of Immigration, speaking to CICNews, said that this was because the online application system was experiencing technical difficulties, and that it is expected that applications will once again be accepted under this category in due course.

Nova Scotia has a second Express Entry-aligned PNP stream, known as Nova Scotia Experience: Express Entry. This stream, which remains open at the time of writing, provides a pathway to permanent residence for skilled applicants who have worked for a Nova Scotia employer for at least one year.

On May 10, the British Columbia Provincial Nominee Program (BC PNP) invited 364 candidates to apply for a provincial nomination certificate. Of these, 133 candidates were invited under an Express Entry-aligned category. While this may seem like a small figure, it should be noted that this was the eighth such draw to take place so far in 2017, and on each occasion Express Entry candidates have been among the invitees.

Like Ontario, BC also has an invitation to apply system, but in BC’s case candidates must also register in the province’s own immigration management system before being invited to apply.

The single most valuable factor

“Let’s not forget that since improvements to Express Entry came into effect last November, a provincial nomination is now the single most valuable factor within the system. It is the golden ticket to Canada.

“We have seen year on year the importance of these programs, as the federal government places more trust, and higher allocations, in the hands of the provinces. I was at an immigration summit earlier this month, which included a discussion panel featuring three provincial ministers of immigration. These ministers mentioned Express Entry often — they clearly see it playing a significant role in their immigration strategies today and in the future.

To find out if you are eligible to enter the Express Entry pool, the first step to immigrating to Canada through an enhanced PNP stream, please fill out a free online assessment today.

If you have a valid Express Entry profile and work experience in an opportunity occupation listed above for either the SINP or the NSNP, please contact us if you want to discuss your immigration options.