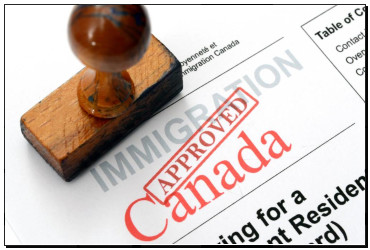 A total of 3,796 candidates in the Express Entry pool for immigration to Canada were issued an Invitation to Apply (ITA) for permanent residence in a draw that took place on May 4, 2017. Each invited candidate this time around had a Comprehensive Ranking System (CRS) score of 423 or higher.

This CRS cut-off threshold is broadly in line with other draws that have taken over recent weeks and months, which have seen thresholds move from the mid-400s down to the low-400s. The lowest ever threshold, 415, was in the April 19 draw, while the draw preceding that one (April 12) also saw a threshold of 423. The total number of ITAs issued so far this year nearly equals the total number of principal applicants who landed in Canada through Express Entry (43,202) over the first two years of the system’s operation. Consequently, it is likely that the rate of admissions to Canada through Express Entry will increase through 2017 as more candidates are invited to apply, and already invited candidates have their applications approved.

A recent report from Immigration, Refugees and Citizenship Canada (IRCC) provides insights into the history of Express Entry, and how this fits into the growth in invitations issued and a decrease in the CRS cut-off threshold so far this year.

In this report, IRCC stated an expectation that the CRS cut-off threshold should become ‘progressively lower’ as ‘the Express Entry pool is now the main source of permanent residence applications in the economic category of the Immigration Levels Plan.’ And while the threshold increased slightly this time around, relative to the previous draw, the general trend over recent months is towards large draws and a decreasing threshold.

How are candidates getting an ITA?

The following hypothetical scenarios show how candidates in the Express Entry pool are obtaining their ITA.

Isabela is 39 years old, and has worked as a nutritionist for more than six years following the completion of her Master’s degree. She has never worked or studied in Canada, although she did visit for a short holiday after her degree. She achieved an advanced level on her IELTS test in each ability, except speaking, in which she achieved an initial advanced level. Her CRS score is 423, enough to secure an ITA this time around.

Enrique is 32 years old. He has worked as an accountant for three years in his home country. Although English isn’t his first language, he pursued a Bachelor’s degree and has been working on his English, so he achieved an advanced level in all categories on his recent IELTS test. He entered the pool with a CRS score of 425, enough to obtain an ITA in the most recent draw.

Elsa and Alvin are married and have very similar credentials. Each partner is 30 years old, has a Bachelor’s degree, three years of skilled work experience, and an initial advanced proficiency in English. Neither has ever been to Canada, but their CRS score of 426 was enough for them to obtain an ITA.

Danny is 31 and has been working as an IT consultant for four years. Danny has a Bachelor’s degree and wrote the IELTS, scoring an 8 in each category. Danny has visited Canada before but has never lived or worked in Canada. His CRS score of 427 is enough for him to be invited in the May 4 draw.

Syed is 26 years old, and has been working in Canada as a welder for a year, after completing a one-year college diploma in Ontario. He has IELTS test results of 8.5 in Speaking and Listening, and 7 in Reading and Writing, and has no foreign work experience. His age, Canadian educational credential, year of skilled work experience, and language results give him 423 CRS points – enough to obtain an ITA in the most recent draw.

Lynn is 35 years old and completed a Bachelor’s degree in Vancouver, British Columbia. She worked abroad for two years before coming to Canada, and has been working as a management consultant in Canada for two years. She got a 6 in each section of her IELTS, giving her a CRS score of 424.

The current period in the history of Express Entry is a transitional one, coming as it does between two sets of improvements to the system. The first set, introduced last November, altered the number of CRS points awarded for a job offer, from 600 down to either 50 or 200, depending on the position offered. IRCC stated that ‘a reduction of points to candidates with arranged employment means the CRS cut-off will decline,’ and, taken with the increase in ITAs issued over recent months, these have been the two major contributory factors to the decrease in the CRS threshold.

Next set of improvements are scheduled to come into force on June 6. Candidates with proof of French ability, as well as candidates with a sibling in Canada, will be awarded additional points, and registration in the Canada Job Bank will become voluntary.

Although the changes already introduced have had a significant effect on the make-up of the pool, the upcoming changes are not expected to have the same weight of effect.

“With IRCC have revealed that Express Entry is now the main driver of economic immigration to Canada, it is perhaps no surprise that the department continues to conduct draws that are larger than those that took place just a few months ago,” says Attorney David Cohen.

“More and more candidates, even those who enter the pool with scores below the lowest score drawn, are realizing their Canadian immigration goals through Express Entry, but the first step is to get in the pool. Only then can a candidate pursue a provincial nomination, as well as other ways to improve his or her ranking, and be in line for selection by IRCC.”

To find out if you are eligible to immigrate to Canada permanently, fill out a free online assessment form: