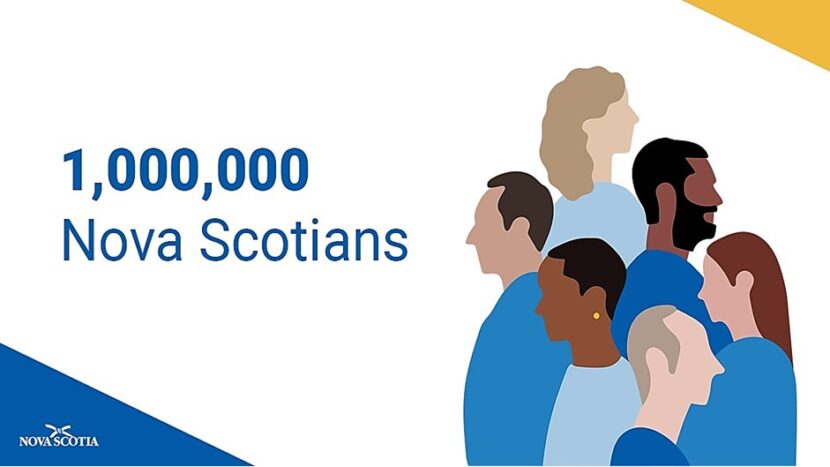 Nova Scotia saw some of its fastest growth in 2021.

Nova Scotia’s population has breached one million people, which is largely thanks to immigration.

Nova Scotia passed the population milestone following record growth since July 2021. The month before, Canada had lifted travel restriction on approved permanent residents, which had limited immigration since the border closed in March 2020.

“More people make us stronger in every way,” said Nova Scotia’s Premier Tim Houston in a media release. “We all benefit from this growth with a greater tax base, new businesses and jobs, greater diversity and culture and improved infrastructure.”

A provincial government media release says immigration played a large part in the population’s growth. Nova Scotia’s population grew 5,696 in the first quarter of 2021, the largest increase in a first quarter since 1971.

In 2020, most immigrants to Nova Scotia came from India, China, the Philippines, Korea, and the United Kingdom.

The province’s current immigration retention rate is at 71 per cent, the highest out of the Atlantic provinces. These four east-coast provinces have historically seen newcomers come and go in search of jobs or more urban centres.

One of the province’s key priorities is to support economic growth by attracting workers and entrepreneurs. To support this goal, Nova Scotia is preparing to launch a $2.5-million marketing initiative to promote immigration to the government.

The province also wants to grow the population to two million by 2060. In order to do this, Nova Scotia aims to attract 25,000 newcomers per year through a combination of inter-provincial migration as well as immigration.

There are a number of immigration programs specifically for people who want to move to Nova Scotia.

Canada’s main immigration pathway, Express Entry, is open to anyone who wants to live in any Canadian province other than Quebec. To immigrate through Express Entry, you need to be eligible for one of the three Federal High Skilled immigration programs: Canadian Experience Class, Federal Skilled Worker Program, or the Federal Skilled Trades Program.

The Nova Scotia Provincial Nominee Program (NSPNP) also offers programs for those who are not eligible for Express Entry. Workers may be eligible for the following three programs: Skilled Worker, Occupation In-Demand, and Physician Stream.

Then there is the Atlantic Immigration Pilot (AIP), which includes Nova Scotia as well as Newfoundland and Labrador, Prince Edward Island and New Brunswick. Employers in these provinces can use the AIP to hire foreign talent, and set them up with a settlement plan. An early study of the pilot suggests that the settlement plans are already helping to improve retention rates.

Immigration Minister Sean Fraser, who is from Nova Scotia, recently announced that the AIP will become a permanent program in the new year.