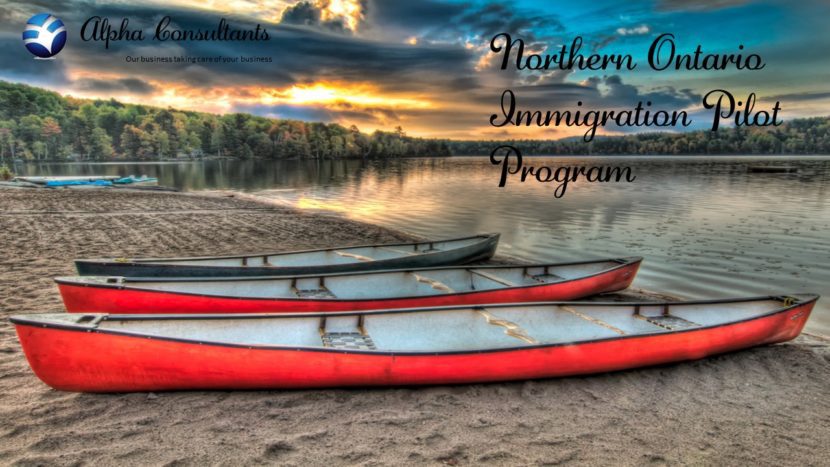 The head of one of the main organizations pushing for an immigration pilot for Ontario’s northern regions has provided new details of his vision for the program.

Charles Cirtwill, President and Chief Executive Officer of the Northern Policy Institute, detailed a number of key issues that he said the pilot must address in a column published this week.

For one, Cirtwill said it is essential that the pilot reflect the fact labour needs in smaller, rural communities are typically different from those in urban centres.

“My colleagues at the Northern Policy Institute (NPI) have found that seven of the 10 jobs in demand in Northern Ontario, based on number of vacancies posted, were ‘middle-skilled’ jobs in National Occupational Classification codes C or D,” Cirtwill said.

Canada’s National Occupational Classification, or NOC, organizes more than 30,000 occupations according to skill level and skill type. Skill levels C and D include semi- and low-skilled occupations in the trades, primary and manufacturing industries, sales and services, and some clerical and assistant categories.

Cirtwill says the pilot must also recognize the fact that labour needs in Northern Ontario can vary from community to community — “some need truck drivers, others tourism staff, skilled trades or office support staff,” he wrote.

Accordingly, the pilot program should allow for a broad range of foreign labour while placing “a hard cap on any one specific job classification.”

To find out if you are eligible for Canadian immigration programs, fill out a free assessment form.

As to how many immigrants the proposed pilot should welcome on an annual basis, Cirtwill said the various regions that make up Northern Ontario need “at least 1,500 new immigrants a year to have a sustainable mix of working age population to dependents (under 19 and over 65).”

Planners would also have to establish sub-targets to ensure that each region covered by the pilot receives its fair share of newcomers. This would ensure that Northern Ontario’s “Big Five” communities — North Bay, Sudbury, Timmins, Thunder Bay, and Sault Ste. Marie — aren’t the only beneficiaries of the pilot program, Cirtwill said.

Other key considerations are the project’s duration and the need for proper oversight and monitoring. A minimum of three to five years would allow for the collection of “sound data,” Cirtwill argued, adding that Immigration, Refugees and Citizenship Canada (IRCC) must prioritize “releasing better and more timely data.”

Cirtwill’s column follows meetings in August that brought together business and community leaders from Northern Ontario with Canada’s Minister of Immigration, Refugees and Citizenship, Ahmed Hussen.

The Northern Policy Institute and others are hoping Hussen and IRCC will approve a pilot program for Ontario’s rural and remote regions along the lines of the Atlantic Immigration Pilot, which was introduced last year to fill skilled and semi-skilled labour shortages in Canada’s Atlantic Provinces of Nova Scotia, New Brunswick, Prince Edward Islandand Newfoundland and Labrador.

At the time, Minister Hussen said his department is studying the possibility, but a better understanding of the region’s specific needs is required.

“Just like in Atlantic Canada, if we’re going to proceed with that, we want to have a program conceivably that is very much tailored to the local needs of the regions and also a program that is really designed by the stakeholders [in Northern Ontario], as opposed to the government in Ottawa,” Minister Hussen said..