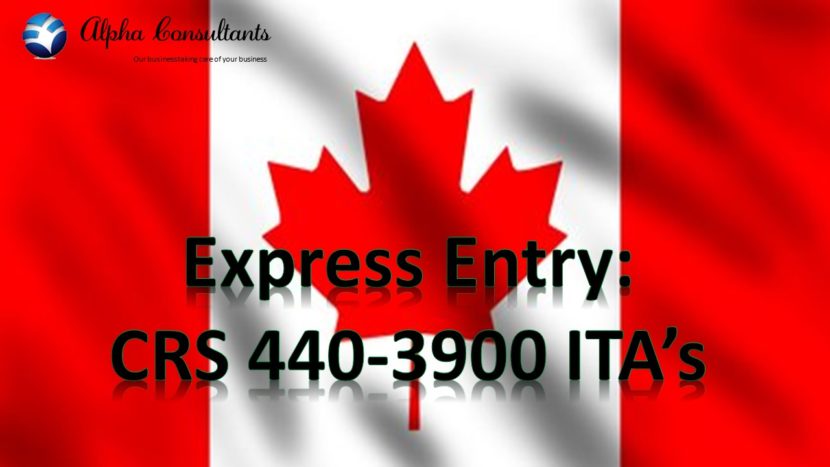 The Government of Canada held its largest Express Entry draw of 2018 on September 5, issuing 3,900 invitations to apply for Canadian permanent residence.

This is the fourth all-program draw in 2018 with a minimum score of 440, which is the lowest Comprehensive Ranking System (CRS) score drawn in 2018 to date.

The tie-break date and time used in this draw was April 29, 2018, at 14:28:34 UTC. This means that all candidates with a CRS score above 440, as well as those candidates with scores of 440 who submitted their profile before this specified date and time, received an Invitation to Apply (ITA) in this invitation round.

Candidates are ranked according to their CRS score and the highest-ranked candidates are issued an ITA through regular invitation rounds.

Today’s draw broke the trend of issuing 3,750 ITAs that was first established by Immigration, Refugees and Citizenship Canada (IRCC) on June 13 and characterized the six draws held since then.

Throughout 2018, IRCC has issued a set number of ITAs over a series of draws, and then raised the number of ITAs by increments of 250 or 500. Draw sizes began at 2,750 at the start of 2018 and have increased incrementally to the current size of 3,900 ITAs. *The May 30 draws were program-specific.

The regular pace of these larger draws since June 13 could be helping keep the CRS score at 440 and preventing it from going higher. Larger draw sizes, and more regular draws, can also have the effect of lowering CRS scores.

There are several ways for Express Entry candidates to improve their scores, including a provincial nomination that results in 600 additional CRS points. Express Entry-linked Provincial Nominee Programs (PNPs) have been extremely active and innovative in 2018. The following hypothetical examples illustrate candidates who would have obtained an ITA in today’s draw:

Amir is 36, has a Master’s degree, an advanced English language proficiency and has been working as a management consultant for six years. While Amir has never worked or studied in Canada, his CRS score of 443 would have been sufficient to obtain an ITA in today’s draw.

Emily is 34 and obtained her Bachelor’s degree in Canada. Emily has been working in Canada as a graphic designer for two years.  Prior to studying in Canada, Emily worked as a retail supervisor for three years. Emily wrote her IELTS and scored a 6 in each category. Ada’s CRS score of 442 would have been sufficient to obtain an ITA during the most recent Express Entry draw.

Sarim is 31, has a Bachelor’s degree, and has been working as a cook for five years. He wrote his IELTS and obtained an 8 in each category. While Sarim has never worked or studied in Canada, he has a sister who is a permanent resident of Canada residing in Vancouver. His CRS of 442 would have been sufficient to obtain an ITA in the September 5 draw.

“We’ve been waiting to see if IRCC would increase the number of Express Entry candidates invited, given the increased admissions targets for both 2018 and 2019.”

“Now that IRCC once again has increased the number of ITAs, we’ll see if it continues this trend throughout the fall.”