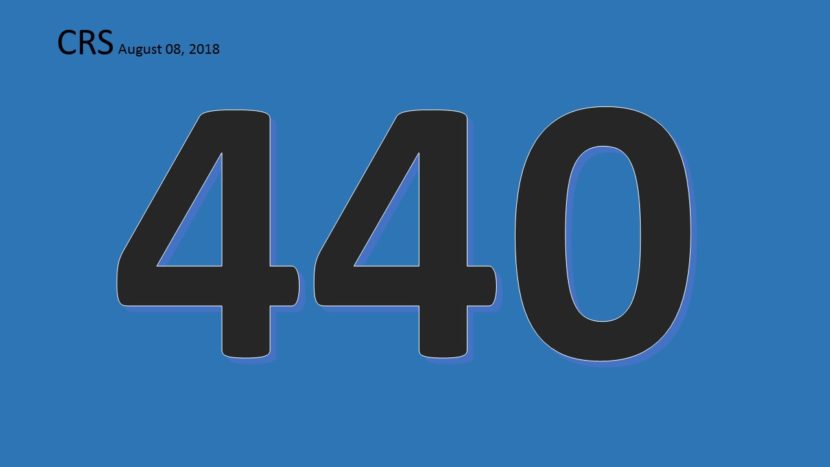 IRCC issues 3,750 ITAs to candidates with minimum CRS scores of 440

A new Express Entry draw held August 8 has issued a total of 3,750 invitations to apply for Canadian permanent residence to candidates with a Comprehensive Ranking System score of at least 440.

The minimum Comprehensive Ranking System (CRS) score in today’s draw marks the second time this year that Immigration, Refugees and Citizenship Canada (IRCC) has reduced the minimum cut-off score to 440 — the lowest score for an all-program draw so far in 2018.

The tie-break date and time used in this draw was January 31, 2018, at 00:06:40 UTC. This means that all candidates with a CRS score above 440, as well as those candidates with scores of 440 who submitted their profile before this specified date and time, received an ITA in this invitation round. *The May 30 draws were program-specific.

Today’s draw continues the pattern of issuing 3,750 Invitations to Apply (ITAs) that began on June 13. This is the current high point of a trend established this year that has seen draw sizes gradually increased by increments of 250 or 500. The year began with two draws of 2,750 ITAs each in January, followed by four draws of 3,000 ITAs each in February and March and four draws of 3,500 ITAs each in April and May. With Canada’s increased admission targets for 2018 and 2019 it is possible that IRCC could surpass the number of ITA’s issued in 2017.

Whether draw sizes will increase above 3,750 remains to be seen. If IRCC does resort to larger draws, or more frequent draws, this could also result in a further reduction of the cut-off CRS score.

“It’s great news to see the CRS return to its lowest point so far in 2018,” said David Cohen, senior partner with the Campbell Cohen Canadian immigration law firm in Montreal. “The combination of large draws, a 440 starting point and higher admissions targets could produce even more interesting results in the draws to come.”

The following hypothetical example illustrates candidates who would have obtained an ITA in today’s draw:

Rohit and Jess are married and are 34 and 29 years old, respectively. They each hold Bachelor’s degrees and have been working as software developers for more than three years. They also each wrote the IELTS language test, and scored an 8 in each category. Neither has ever worked or studied in Canada. They entered the Express Entry pool with Elizabeth as the principal applicant. Their CRS score of 440 would have been sufficient to obtain an ITA during this most recent Express Entry draw.

Amina is 36 years old, has a Master’s degree and has been working as a professor for six years. She has never worked or studied in Canada. Nadia wrote the IELTS language test and scored an 8 in each category. Her CRS of 440 would have been sufficient to obtain an ITA in today’s draw.

Tips for improving your CRS score

There are a number of ways Express Entry candidates may be able to improve their ranking. Visit this dedicated page to learn strategies for improving your CRS score.