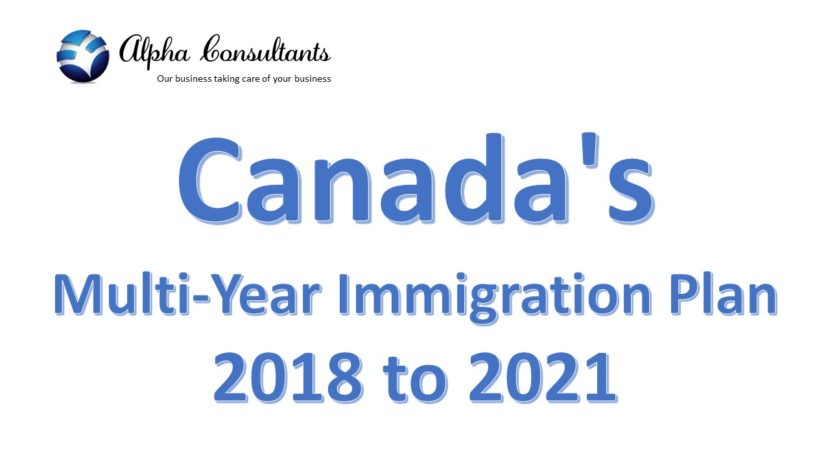 Canada is increasing its immigration targets for 2019 and 2020 and will extend its multi-year immigration levels plan through 2021, setting the stage for the arrival of 1.3 million new permanent residents between 2018 and 2021.

The changes were announced as part of Immigration, Refugees and Citizenship Canada (IRCC)’s 2017 report to Parliament that was made public October 31. The report coincides with the first anniversary of IRCC’s original multi-year levels plan, which was introduced to guide Canada’s immigration planning from 2018 through 2020.

Increasing targets and extending the plan by another year positions Canada to now welcome more than 1.3 million newcomers through the country’s various economic, family and refugee and humanitarian immigration categories between 2018 and 2021, based on its annual targets. “Under this plan, Canada will welcome more talented workers with the skills and expertise our economy needs, reunite more family members and accommodate more refugees looking to start new lives,” Canada’s Minister of Immigration, Refugees and Citizenship, Ahmed Hussen, said in his introduction to the report.

The economic immigration programs managed by the federal Express Entry economic system and Canada’s Provincial Nominee Programs (PNPs) will continue to play important roles under the plan, which expands the potential number of admissions through each program in 2019.

Of the 1.3 million new permanent residents that Canada is planning for by the end of 2021, nearly a quarter — 331,000 — are projected to come through the three economic immigration classes managed by Express Entry, based on their annual targets.

PNPs, meanwhile, have a combined target of 255,100 over the four years, which accounts for almost 19 per cent of the 1.3 million total admissions over that period.

These programs allow participating Canadian provinces and territories to nominate a set number of immigration candidates for permanent residence each year based on local labour market needs.

Hussen highlighted the role of PNPs in IRCC’s extended immigration levels plan, noting that it was “developed in close consultation with provinces and territories, allowing them to bring in more people through their provincial nominee programs.” Hussen said this emphasis on economic immigration addresses the “new challenges” that Canada is facing today, namely an aging population and a declining birth rate.

Notably absent from the Economic Class targets in the updated immigration levels plan were targets for Quebec, which are listed as “to be determined.”

IRCC attributed this to the recent general election in Quebec, which saw the province’s Liberal government fall to the Coalition Avenir Québec.

IRCC said the timing of the election meant Quebec’s planned levels for 2019 and beyond could not be finalized in time to be included in the updated plan, and will be established in consultation with the new government. IRCC is expanding the range of potential admissions through its spouses, partners, and children sponsorship category while maintaining its targets for 2018 through 2020. The target for 2021 through this category is 70,000.

IRCC also expanded the range of potential admissions through its Parents and Grandparents sponsorship programbut will maintain its established targets for 2019 and 2020 (20,500 and 21,000, respectively). The admissions target for this program in 2021 is set at 21,000.

“In a world that seems to be closing its doors to immigrants, this plan reminds us that Canada remains a welcoming beacon of hope.”