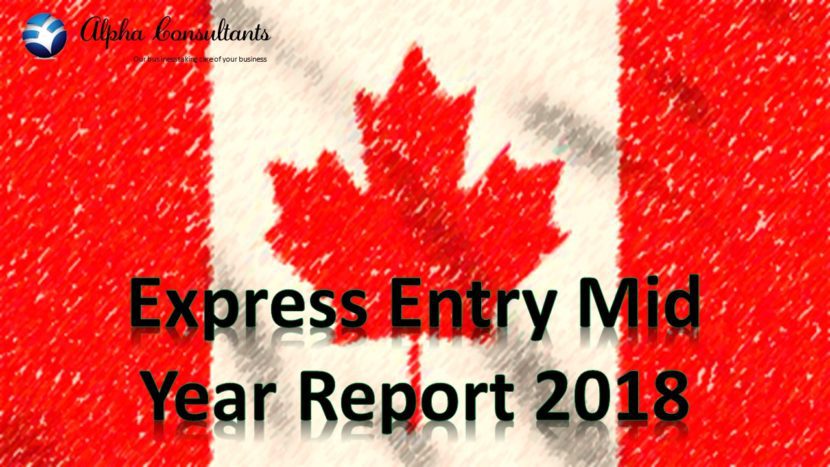 Canada’s Express Entry system finished the first half of 2018 with a record-breaking June, capping a six-month run that saw draw sizes grow by more than 36 per cent.

June’s total of 7,500 Invitations to Apply (ITAs) issued to Express Entry candidates more than doubled June 2017’s total of 3,409 ITAs, making it the biggest June yet for Express Entry since its introduction in 2015.

June brought to a close a half year that saw a total of 39,700 ITAs issued over 13 draws conducted through the Express Entry system.

Whereas 2017 was a bucking bronco of highs and lows in terms of both draw sizes and cut-off scores during its first six months, 2018 spent its first half trotting along at a steadily improving pace.

A key development over the last six months has been Immigration, Refugees and Citizenship Canada (IRCC)’s introduction of draw sizes that remained the same over successive invitation rounds and then increased by increments of 250 or 500 roughly every two months. In January, IRCC issued 2,750 ITAs in each of two invitation rounds that month, a trend it began in November 2017.

These were followed by four draws of 3,000 ITAs each — two in February and two in March.

The second quarter began with an April 11 invitation round that saw IRCC raise the number of ITAs to 3,500, a number that was maintained over the next three draws until it was raised to 3,750 ITAs in June.

Given the higher admissions targets that IRCC has set for both 2018 and 2019, it was expected that the first half of 2018 would be even busier in terms of ITAs than the record-smashing first six months of 2017, when 51,285 ITAs were issued and the Comprehensive Ranking System (CRS) minimum score in one all-program draw dropped to 413. While the first months of 2018 were quieter than expected, the record-setting results from June have been more in line with the original expectations for 2018 and raise the prospect of an exciting third quarter to come. As we’ve witnessed before, larger draws also can have the effect of lowering the CRS cut-off score if they are held at regular intervals and the number of candidates entering the Express Entry pool does not increase.

This would be a welcome development for many in the Express Entry pool who have watched cut-off scores bounce around the narrow, 16-point space between a 2018-to-date low of 440 and a high of 456 since January. *The May 30 draw was program-specific and issued ITAs to both Federal Skilled Trades candidates with scores as low as 288 and provincial nominees, who receive an additional 600 CRS points.

IRCC has employed both tactics in successive draws twice in 2018.

IRCC allowed three weeks to pass after all-program Express Entry draws on February 21 and May 23, which had the effect of raising the CRS minimum in the next all-program draws on March 14 and June 13 from 442 to 456 and from 440 to 451, respectively.

These draws were then followed by rare Monday invitation rounds, which cut the usual interval between draws from 14 days to 12 days. This shortened delay between rounds saw the CRS minimums reduced from 456 to 446 on March 26 and from 451 to 442 on June 25.

When two weeks were maintained between draws, and draw sizes remained the same, the CRS minimum was either maintained or reduced by one or two points.

IRCC also held a program-specific draw on May 30 that targeted Federal Skilled Trades Class candidates in the Express Entry pool with scores as low as 288, as well as those with a provincial nomination.

Deeper into the pool?

In a presentation at the 2018 Canadian Immigration Summit at the end of May, the IRCC official responsible for Express Entry, Patrick McEvenue, said IRCC is aware of “how talented the people are below the cut-off scores” and going “deeper into the pool” is something they hope to achieve down the road.

“If IRCC does end up going deeper into the Express Entry pool, that would be welcome news for the very talented candidates who have been waiting for their moment to come.”