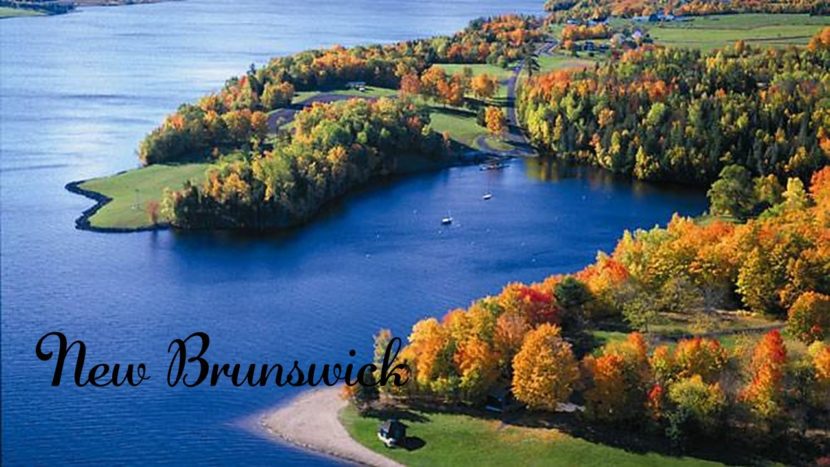 Increase in immigration to New Brunswick as labour shortages rise

Immigration to New Brunswick will need to increase to around 7,500 newcomers a year if the province is to overcome the population and labour market shortage “crisis” it is now facing, says a new report.

Produced by the New Brunswick Multicultural Council (NBMC), the report warns that the province is on track to losing 110,200 workers by 2026 as its population ages and people permanently leave the workforce.

During this same period, only 76,000 students are expected to graduate from New Brunswick’s high schools, leaving the province short “tens of thousands” of workers over the next decade if something isn’t done, the report says.

The economic impact of the labour shortfall is already slowing the province’s economy and has forced some employers to relocate to other parts of Canada or the United States.

Furthermore, without sustained population and labour market growth, the NBMC says New Brunswick will face a tax revenue shortfall that could imperil public services like health care at a time when its aging population needs them most.

Raising immigration rate to 1% is ‘responsible’

To counter this trend, the NBMC says Canada’s federal government needs to work with the province to increase New Brunswick’s population by one per cent annually through immigration.

This would almost double the current annual immigration rate to the province, the NBMC notes, and represents around 7,500 newcomers per year.

“One per cent is a responsible number given the context of Canada and the fact that, nationally, we welcome roughly one per cent of our population through immigration [each year],” Alex LeBlanc, Executive Director of the NBMC, told CIC News. “And it’s responsible given the unprecedented urgent demographic and labour market challenges that we face in New Brunswick.”

LeBlanc said the idea New Brunswick can grow its population by retaining its youth and getting people born in the province to move back is “simply not enough.”

“That’s not how Canada is growing,” he said. “Net labour market growth, all new net entrants to the labour market across Canada between 2013 and 2018 were immigrants. Across Canada, there was actually a net decline in Canadian-born workers in the workforce, so it’s perpetuating a falsehood that we on our own as a population can sustain the services and the industries that we currently have. And that’s not even taking into consideration a growth scenario — that is simply maintaining the jobs we have.”

This point is highlighted in the report, which notes that immigration was responsible for the only labour market growth in New Brunswick between 2013 and 2017.

Given this reality, New Brunswick needs to adopt an ambitious immigration objective that will not only meet its immediate needs, but allow its economy to flourish, LeBlanc said.

“I think we should be setting our sites on growth and raising standards of living and growing opportunities and growing local businesses,” he said.

Most of the growth LeBlanc’s organization is calling for would come through New Brunswick’s Provincial Nominee Program, the NBPNP, which allows the province to nominate a set number of eligible skilled workers, entrepreneurs and international graduates from New Brunswick’s post-secondary institutions for permanent residence.

The NBPNP also has a stream for eligible candidates in the federal Express Entry system, which manages the profiles for the Federal Skilled Worker Class, Federal Skilled Trades Class and the Canadian Experience Class.

The report says the federal government should also explore an additional immigration stream dedicated to family reunification for economic immigrants to the province and increase targets for francophone immigration to New Brunswick, which has a significant French-speaking minority.

The report also calls for a “more formal role in immigration” for municipalities in order to ensure urban and rural communities of all sizes in the province benefit.

“I believe we need to think more seriously about regionalizing immigration and perhaps even localizing immigration in the years ahead because that will effectively enable municipalities to play a more active role, and allow newcomers to land in specific areas for specific purposes,” LeBlanc. “Overall, we feel that’s going to help in the distribution of immigration across Canada more evenly and equitably and perhaps even improve retention and settlement by giving local stakeholders a more active and engaged role from the get-go.”

LeBlanc said the timeline for the increase is “up for discussion,” but delaying is not an option.

“The intention is to encourage the federal and provincial government to acknowledge the urgency of the situation and set a formal target to reach that,” he said.

The report stems from a recent series of talks led by the NBMC and economists Richard Saillant that brought together stakeholders in 15 communities to discuss New Brunswick’s demographic crisis and immigration’s critical role in helping to solve it.

The report’s recommendations reflect imperatives that emerged from these discussions, which heard from immigrants, employers, municipal officials, immigrant service providers and members of the general public.

‘Good opportunities to work’ in NB

LeBlanc said he’s optimistic the province’s new government will take action against New Brunswick’s labour shortfall. He cited a recent book by Canadian entrepreneur Dominic Barton that makes the case that you can’t have a business plan without a talent plan, saying it’s an argument New Brunswick needs to take seriously.

“You can’t have an economic growth plan if you don’t have a population growth or a labour growth plan,” LeBlanc said. “We’re optimistic that that message will resonate with our incoming provincial government and they’ll work with us in partnership to try and increase our allotment through the Provincial Nominee Program, the Atlantic Immigration Pilot or otherwise.”

“People are discovering the tremendous quality of life in Atlantic Canada and New Brunswick,” LeBlanc said. “Education here is world-class and we have jobs. There are good opportunities to work and grow families and have good lives in our province, and New Brunswick is keen to welcome them into our communities.”